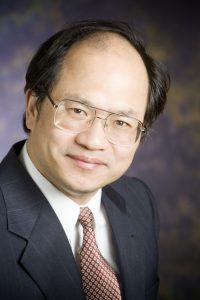 University of Illinois at Urbana Champaign

As computational methods for solving Maxwell’s equations become mature, the time has come to tackle much more challenging multiphysics problems, which have a great range of applications in sciences and technologies. In this presentation, we will use four examples to illustrate the nature and modeling of multiphysics problems. The first example concerns the heat problem in integrated circuits due to electromagnetic dissipated power, which requires an electrical-thermal co-simulation. The second example considers modeling of monolithic microwave integrated circuits, which consist of both distributive and lumped circuit components. The third is the simulation of vacuum electronic devices using the particle-in-cell method, which solves Maxwell’s equations and particle kinetic equation, and the fourth example simulates the air and dielectric breakdown in high-power microwave devices by coupling electromagnetic modeling with various plasma models. With these examples, we will discuss the methodologies and some of the challenges in multiphysics modeling.

Note: This talk is aimed at senior undergraduate and beginning graduate students.